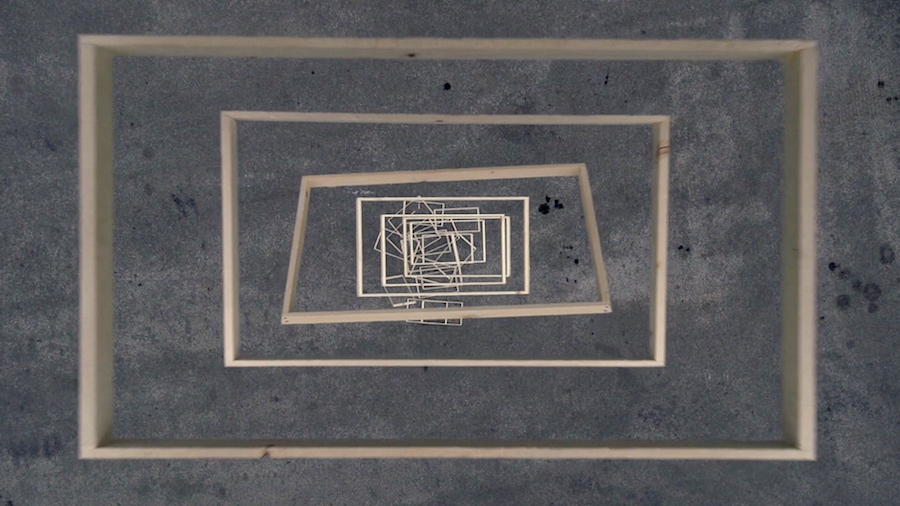 Falling Frames is the first fragment of a series in which Langkamp explores the framing and visualization of three dimensional perspective through the two dimensional medium video, both technically as well as conceptually. In his own words, “the project is simply a research into space and how we experience space.”

To record the work, he built a special device that's attached to a tall industrial crane, which contains a stack of wooden picture frames that can be released from a height of ten to fifteen meters. The camera is placed right in the center of the action, and captures the frames' movement while they fall down. The slow motion recording of 240 still frames per second allows us to experience every millimeter of movement to the very detail. While the frames get smaller and smaller in perspective as they move further away from our view, they are immediately followed by the next frame and the next one, until they've all reached the floor and found a place to rest.